Malignant melanoma is predominantly a cancer of the skin; however it isn’t limited to the skin. Melanoma can also developed in the mucous membranes such as; mouth, throat, esophagus and even the eye. Melanoma arises from melanocytes, which are the cells responsible for skin pigment or color. Most Melanomas are dark in color; however, some melanomas called, amelanotic, have no color at all and can be difficult to diagnose. 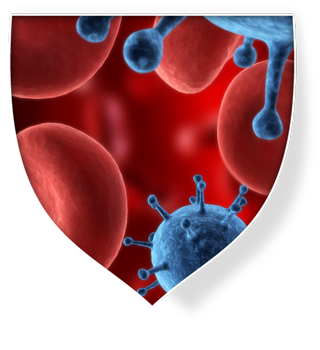 There are approximately 54,000 new diagnosis of melanoma each year. The incidence rate of melanoma has been steadily on the rise since the early 1970’s. Melanoma of the skin is on the rise, and it is thought to be attributed to an increase in ultra violet exposure as well as a rise in the popularity of tanning beds. There are approximately 7,000 individuals in the die from malignant melanoma each year in the U.S, primarily adults but children as well.

Although exact causes of melanoma are poorly understood, some risk factors for melanoma have been identified.

Moles: Many people have moles and most are harmless, however “atypical” moles are cause for concern. Generally, mole will develop in children and teens and may increase slightly in size. Typically, moles are usually 2mm or less in size, evenly colored (black, tan or brown), they can be round or oval, flat or raised. Atypical moles, however, are 5mm in size or greater, and have an irregular color and shape.

Melanoma can often be discovered by using the ABCD rule:

Fair Skin: Melanoma is more common in persons who fair skin and red or blond hair. Individuals with fair complexions are more likely to burn; therefore, putting them at greater risk for developing melanoma.

Ultraviolet Radiation: Ultraviolet radiation or UV rays have been recognized as a significant environmental risk factor for melanoma. Both natural sunlight and tanning beds are known sources of UV radiation. Excessive exposure is in fact thought to contribute to two-thirds of all melanoma cases. Individuals living in California, Australia, Hawaii and New Zealand are at greater risk for UV exposure and thus melanoma.

There has been controversy over artificial tanning beds, and whether or not they increase the risk of melanoma. Many studies have shown that more than 10 hours or more of exposure in a tanning bed will increase one’s chance of melanoma. There are still studies in progress as to the direct correlation between artificial sun such as tanning beds and melanoma. However, many hypothesize that over the next several decades there will be a significant rise in the number of melanoma cases diagnosed.

Weakened Immune System: Persons with compromised immune systems can also be at greater risk for developing melanoma. For example, individuals with certain types of cancers as well as those who are on medications that suppress the immune system such as those who have has an organ transplant.

Severe Sunburns: Individuals who have experienced one or more blistering sunburns over the course of their lifetime are also at increased risk for melanoma. It is now known that it is more harmful to the skin to have had an occasional exposure to intense UV radiation, as opposed to a multiple exposures to lower level UV. Although sunburns during one’s adult years are damaging, it is now known that 50-80% of sun damage occurs during childhood or adolescence. This is seen often in children or teenagers who have had severe sunburns early on, and develop melanoma later in life.

If your physician finds an area that is suspicious for melanoma he will likely remove it, and send it to a pathologist to be examined closely under a microscope. If melanoma is diagnosed, two important factors will be determined. First, is the thickness of the tumor, and the second is whether the melanoma has spread to any other parts of your body known as metastases. These important factors are used in order to stage the cancer in order to determine treatment options.

Melanoma is divided into 3 groups bases on thickness: thin melanomas which are less than 1 millimeter in thickness, intermediate melanomas which measure 1-4 mm in thickness and lastly thick melanomas that are greater than 4 mm. The thickness of the melanoma is an important factor, because it is used to determine the stage of the disease. Typically the thicker the tumor the more likely it is that it might have spread to surrounding lymph nodes.

When melanoma spreads, it typically spreads to the surrounding lymph nodes. Lymph nodes are found throughout the body, and are a very important part of the immune system. Once the thickness of the tumor has been determined, the surgeon may remove local lymph nodes to see if there are any malignant or cancerous cells that may have spread to that area. Evidence has shown that by removing involved lymph nodes may improve outcome and survival. This seems to be especially true when there is only one lymph node affected.

Staging of melanoma continues to be based on primary tumor thickness, ulceration of the primary tumor, lymph node involvement, and distant metastasis. There are three common staging tools used with melanoma: First is Clark’s Level which describes the tumor microscopically by dividing the skin into five levels, and then assigning the tumor a different level depending on how deep in penetrates into the skin.

The next staging tool is the Breslow, which is an important measurement of melanoma since it is a more exact measurement. The Breslow thickness is measured in millimeters, and defines how far the tumor extends into the skin. Lastly, is the Tumor-Node-Metastasis or TNM, which can also be used by pathologists to stage melanoma based on thickness, involvement of lymph nodes as well as the presence of any metastasis.

Melanoma Prevention
Two-thirds of all cancer related deaths in the U.S. can be linked to environmental risk factors many of which can be modified. Nonetheless, the move to prevent cancer through changes in lifestyle is still under-appreciated. Avoiding known risk factors is the best way to reduce the risk of developing melanoma.

Reduce UV exposure: It is important to limit sun exposure, as it has been discovered that 2/3 of melanoma cases are directed related to UV radiation exposure. Avoid the sun when the rays are the strongest between 10 am and 3 pm. If it is necessary to be outdoors, seek shade when possible and protect the skin by covering up with long-sleeve clothing, hats and sunglasses.

Sunscreen is an important tool in protecting against sun exposure, and sunscreens with SPF 15 are considered to be adequate for normal people under most conditions. However, it is important to note that sunscreen only reduces the amount of UV exposure, and should not be used as an excuse to prolong sun exposure. Currently the American Academy of Dermatology recommends using broad-spectrum sunscreens with SPF 15 or greater. Sunscreen should be used for sun exposure longer than 20 minutes, and it is important that it is applied 15 to 30 minutes before getting in the sun. Special attention should be paid when applying to face, ears, hands and arms and any other body part not covered. It is important to reapply sunscreen every 2 hours. It is also recommended that protective clothing be worn in addition to sunscreen for adequate protection.

Screening and Early Detection are importance tools to increase cure rate. Screening refers to regular examinations or tests for individuals who do not have symptoms of melanoma, but are at higher risk. When detected early, most melanomas can be cured through surgery alone.

Self Exam: It recommended that individuals regularly check their own skin monthly. It is especially important for persons at risk for melanoma. It is important to use a full length mirror to closely exam any existing or new moles that may arise. Taking note of their size, shape and color.

Routine Check-up: It is recommended that individuals between the ages of 20-40 have a routine skin examination every 3 years, and those over 40 have a check-up every year.

Careful Follow-up: Those that have been diagnosed with melanoma are 10-25% more likely to have a recurrence of their melanoma. As a result, it is imperative that a careful, thorough exam be performed by a qualified physician regularly. Evaluations should include a detailed history, as well as reviewed of symptoms if present. The physical exam should include a skin and lymph node assessment. It is found that individuals who undergo regular skin examinations by their doctor as well as being educated in self-exams are more likely to detect second melanoma at an earlier stage.

Sujal Shah, MD is a former assistant professor of medicine at the University of Texas at Austin and an associate instructor of clinical medicine at Geisel School of Medicine at Dartmouth in Hanover, New Hampshire. Read more…
Vijay Narendran, MD, MBA

Dr. Sotomayor is the director of the newly established Cancer Institute at Tampa General Hospital. He is a pioneer in the field of cancer immunology and immunotherapy and an internationally renowned expert in lymphoma research and treatment. Read more…
David M. Swoboda, MD

Kelly Foster, MD, is a former medical oncologist at Northwestern Medicine in Chicago, where she provided quality care to patients with all types of cancer. Read more…
Noman Ashraf, MD

Dr. Victoria Rizk is a board-certified medical oncologist who specializes in the care and treatment of patients with breast cancer. Read more…
Share This