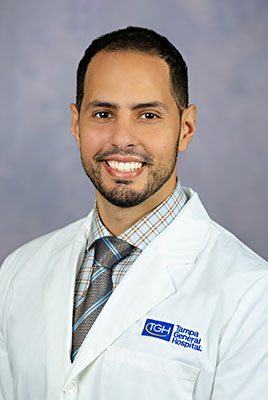 Fluent in English and Arabic, Dr. David received an academic top 1% class achievement award and received the Honors Medical Student Scholarship from Wayne State University School of Medicine in Detroit, Mich. His many honors include being a Gold Humanism Award nominee and the recipient of the American College of Physicians Young Achievers Award. Before medical school, Dr. David was an NCAA Division I wrestler at Michigan State University, where he earned his bachelor’s degree in human physiology.