Ovarian cancer is the second most common gynecologic malignancy with over 21,000 new case being diagnosed in the United States each year.  Most cases of ovarian cancer happen by chance, but it is thought that between 10-20% of cases are actually caused by genetic mutations (specifically in the BRCA gene and/or a disorder known as Lynch syndrome).  Signs and symptoms of ovarian cancer can be extremely vague.  Common complaints include abdominal pain and bloating, feeling of fullness, inability to eat big meals, and occasionally urinary urgency and incontinence.  Diagnosis is through tissue biopsy or surgery.  Imaging studies including CT and US are often obtained along with a CA 125 tumor marker.  Staging is performed at the time of surgery.

Ovarian cancer is treated primarily with surgical resection and chemotherapy.  The goal of surgery is to remove all visible tumor, leaving < 1 cm of tumor behind.  If this cannot be accomplished or the patient is not an initial surgical candidate then chemotherapy prior to surgery (neoadjuvant) is often considered to help decrease the tumor burden.  Once surgery has been performed further chemotherapy is often given to kill any microscopic tumor left behind.  Although radiation is an option, it is often reserved for single site recurrences or pelvic disease. 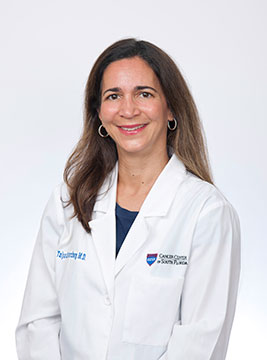 Talya Schwarzberg, MD, is a former clinical instructor of medicine at Harvard Medical School and staff physician at Massachusetts General Hospital’s department of medical oncology. She received her medical oncology and hematology training at Beth Israel Deaconess Medical Center and her internal medicine training at Brigham & Women’s Hospital, both in Boston.

Dr. Schwarzberg is currently seeing patients with different types of cancers, with a focus on breast and gynecologic cancers. She is a member of the American Society of Clinical Oncology. 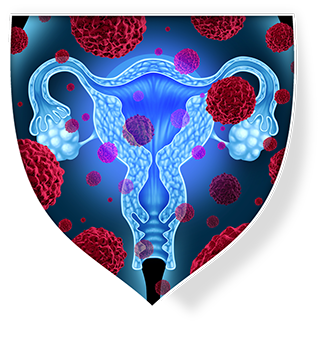